Unfortunately this is one just for people in Melbourne and the Brisbane/Gold Coast area… both the LEGOLAND Discovery Centre in Chadstone and the Dreamworld LEGO Store have confirmed that they will have stock of the 75192 Millennium Falcon set tomorrow. 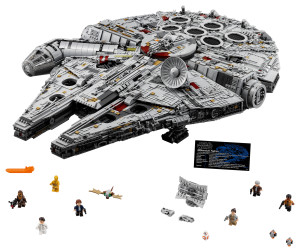 The store’s Facebook page has confirmed that they will have 45 of the sets available with a limit of 1 per person. Stock is first in first served.

The store will be opening early at 8:30am but chances are you will need to line up early.

The store manager has confirmed that they will have “more than 45” units available when the doors open at 9am tomorrow.

They will also have a limit of 1 per person and first in first served.

Remember the store is separate from the park.

Both of these options are likely to be extremely popular. Good luck to those of you who are trying to get your hands on a set. I’d love for you to share some line pictures on the Bricking Around Facebook page if you happen to be heading to either location.

SUPPORT BRICKING AROUND WITH THESE AFFILIATE LINKS